Competitive Videogaming: The Basics of eSports 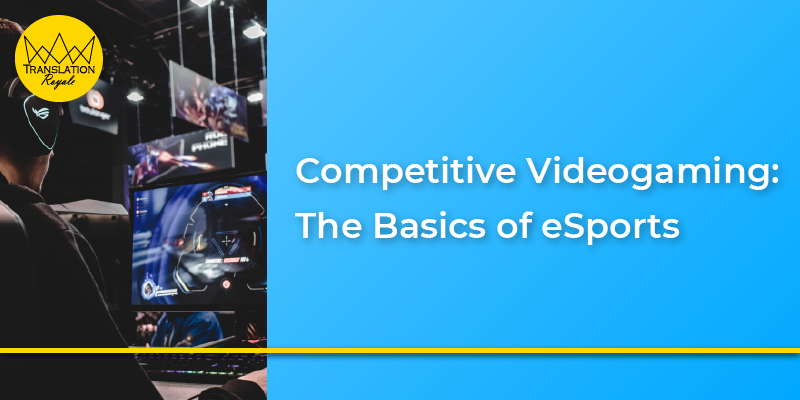 Reading Time: 4 minutes
eSports markets are getting more attention in recent years among many adults, especially younger people. Online sports gaming combines fun and competition and has quickly entered the limelight. This phenomenon is not only restricted to avid videogamers but has also become popular in the general public. Reason enough for us to dive deeper into the fascinating world of eSports.

The term eSports sounds very technical when you look at it for the first time. In fact, it is nothing but electronic sports. eSports players, or eAthletes, will play games online using their computer. They may also play casino games like poker but usually engage in real-time strategy games, also known as multiplayer online battle arenas (MOBA), where they face off and fight other players in different scenarios.

Shoutcasting has developed as part of eSports becoming a huge live event for players and spectators alike. This trend allows teams to compete in arenas with thousands of people watching them live on stage or online via live streams. Famous eAthletes are rewarded with six-figure prizes for winning a tournament. The shoutcaster’s role is to animate and entertain the crowd, comment on the gameplay and explain certain moves and strategies.

Most Played eSports Titles that Fill Every Venue

Among the most played and watched games are undoubtedly first-person shooters (FPS). Players explore different environments while trying to eliminate the rival team. Such games are exciting, thrilling and most competitive as who shoots first usually wins the level. The most popular FPS title among players, spectators and also in eSports betting trends currently is CS: GO (Counter-Strike: Global Offensive). In 2016, CS: GO ranked 2nd among the most gambled eSports games.

Another noteworthy video game is Dota 2 (Defence of the Ancients). Developed by Valve Corporation, it adds a fantasy theme to the screen and can be played for free via Microsoft Windows. Dota 2 is classified as a so-called MOBA (multiplayer online battle arena) and played in real-time. With regard to its enormous prize pool in competitions like the world-renowned ‘The International’ tournament, the game ranks #1 with a current prize pool of already 20 million US dollars for 2017.

People are engaging in online gambling for more than thirty years. Many players enjoy online casino games and various reports confirm the sums earned while playing games online. After the Y2K problem was resolved, the usage of desktop computers increased significantly. Acquisition costs plummeted and computers were no longer a luxury but a requirement. Thus, in the last seventeen years iGaming has gained more and more popularity. Internet access is almost ubiquitous and more than 49.7% of people in Asia use the World Wide Web on a daily basis. Many innovative payment features and cryptocurrencies like Bitcoin have added further value to online gaming options, making eSports available across multiple locations all over the globe.

How Quickly Can I Become an eSports Player?

• eSports games cannot be considered simple computer games. One must put in a lot of effort, dedication and time to become a professional eAthlete

• World-class players can train up to fourteen hours a day. Only with reasonable experience you will be able to understand each and every aspect of the game and manage to adapt quickly to new situations

• eSports requires you to develop new skills such as multi-tasking: Sometimes close to three hundred actions will happen within one minute

The Future of eSports

• eSports is becoming extremely popular all over the world and the need for bigger venues, better technology, a representative authority like the World eSports Association, eSports translations and dedicated sponsors is increasing

• Many famous sports clubs, like various German Bundesliga sides, are moving forward signing eAthletes and promoting their performance at international tournaments for FIFA and other popular titles

• eSports is about to receive official recognition as a sport and may be incorporated in the Olympics 2024 in Paris. In Asia, competitive video gaming is already a medal event in the Asian Games 2022

A Game of Numbers: eSports Statistics

• According to a report submitted by iGaming research agency Newzoo, the revenue of eSports will touch $696 million in 2017

• It will further increase to $1.5 billion by 2020 due to doubling of brand investment

• Gaming companies in the UK spent more than £3.3 billion on online video games in 2016

• The League of Legends World Championship, the most significant eSports event in history, took place in 2015 and attracted thirty-five million single viewers

• The 53-year old American Chris Bond is officially ranked as the oldest active eSports player. The then 15-year old Korean Lee Sang-hyeok is supposedly the best League of Legends player in the world and also the youngest.

• eSports tournaments have tripled in the last five years

Due to the advancement of technology, there is no second thought about the growth of eSports worldwide. Gaming companies looking to expand their player and spectator base and trying to address international customers must work towards a well-done website localization to enable more people to play and watch eSports.