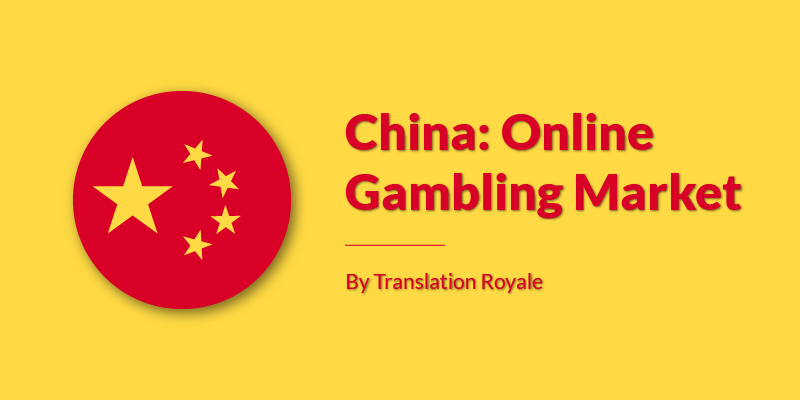 The only forms of legal gambling in China are the two government-controlled lotteries: the Welfare and Sports Lottery. The CWLC (China Welfare Lottery Issuance Center) is regulated by the Ministry of Civil Affairs and has been authorized by China’s State Council to issue lottery tickets since the summer of 1987.

The CSAC (China Sports Lottery Administration Center) is run by the General Administration of Sports committee and has been operating since 1994. All other forms of gambling, besides lottery tickets, have been prohibited since 1949. Macau and Hong Kong both have separate regulations in place with Macau allowing to operate casinos and Hong Kong having licenses to permit gambling on horse racing.

Despite most of the gambling is outlawed in China, because of its size, it has one of the biggest underground gambling societies on the planet. Games like Pai Gow, Keno, and Mahjong have been played within the country for centuries and are now very popular wagering games throughout the world.

Back in May 2017, the Chinese Ministry of Culture (China’s gambling body) changed its view on online gambling sites, threatening to enforce the law to any site breaking any “in-house” regulations. Before the new rules, most online sites operated freely within the country (even if breaking the law) and it’s yet to be seen if the new laws are strictly upheld.

The most popular sports in China are Table Tennis and Badminton. The Chinese nationals absolutely love their racket sports. Squash and Tennis are not far behind in terms of popularity. Other sports on the rise in China are Athletics, Basketball and Football.

China is one of the world’s largest online gaming markets, and it’s in a rapid growth process. 2013 saw the market volume of online gaming in China amount to €11.5 billion. This is estimated to reach €25.3 billion by 2018.

As of 2014, approximately 366 million Chinese internet users had been engaged in online gaming. With a total of about 650 million internet users in China, online gambling still possesses a massive market potential that is yet to be unlocked.

Although online PC gaming has remained the largest sector in the Chinese online gaming market – which is expected to reach a market share of 75% in 2014 – mobile games continue to gain popularity.

One prominent Chinese Internet gaming brand, by the name of Tencent, has earned approximately €5.8 billion during 2014. Some other significant major online gaming industries in China include NetEase, Changyou and Perfect World.

The Ministry of Civil Affairs is the head gambling body in China. There are just two legal licenses within the country, these are Welfare and Sports Lottery Organizations.

Keno, which originates from China, is one of the oldest gambling games known to man. The origin of the game goes back over 2,000 years and was called ‘white pigeon ticket’. The game was allowed to be played in certain gambling houses with the permission of the governor and he would receive a certain percentage of the profits.