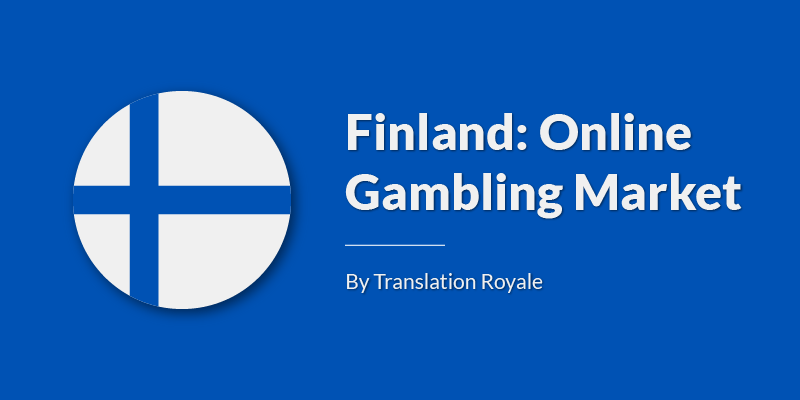 Finland is a country that the natives seem to enjoy gambling. Statistics show that a large number of Finns have either gambled playing cash games or other games of chance such as their national lottery. The government somewhat limits people’s choice. It’s not quite a monopoly, but rather an oligopoly that dominates the gambling market in Finland. The three companies, each with a monopoly in their specific areas, are Fintoto, RAY, and Veikkaus. Fintoto operates the country’s horseracing sector. RAY is the ruling body for the slot machines, while Veikkaus manage the lottery.

Home of the wife carrying championship

Finland is home to some of the most bizarre sports on the planet. Anything from swamp soccer to phone throwing can be participated in. Perhaps the strangest of all is the wife carrying championship. The aim is to carry your wife along an obstacle course in the fastest time. The winner receives beer matching his wife’s weight!

It seems the Finns like to have a bet as much as throwing their phones. A study back in 2016 showed that Finland is fourth on the biggest gambling losses’ as per resident, in the world. The stats showing the Finns losing €2.1 billion, whilst the biggest losers are Australia at an astonishing €18.3 billion.

Pesäpollo, also known as ‘Finnish Baseball’ is one of the most loved sports in the country. In fact, a Pesäpallo World Cup is played internationally every three years. Online poker is another game picking up pace and the revenues are set to reach record highs in 2018.

The Ministry of Interior is the official licensing body in Finland and there are just three licensees. The are Fintoto, RAY, and Veikkaus.

The biggest win in the history of online casinos had been paid out by the PAF gambling site in Finland. A newcomer in gambling, a resident of Helsinki, after just 30 minutes of playing at Mega Fortune, had won almost €18 million!