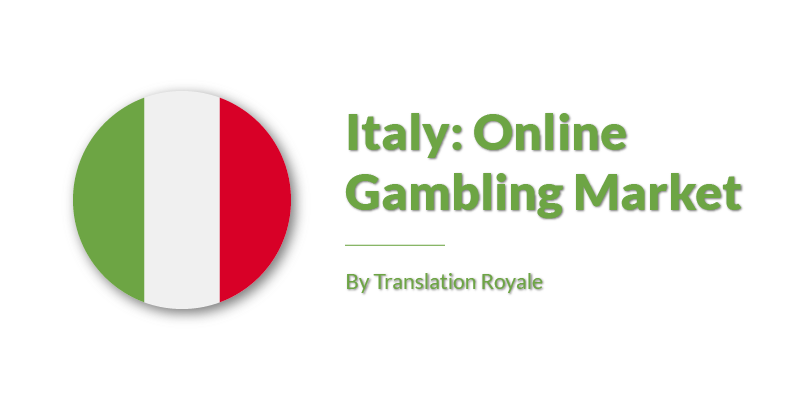 The gambling laws set within Italy are considered to be relatively lenient. Back in 2006, Italy introduced its own legislation that allowed gambling companies to offer a wide variety of sports betting services in retail establishments and on the Internet. This came as a bold move, as at the time, many countries that are members of the European Union were more focused on restricting gambling on their territories. Italy made various changes to its legislation in 2011. The new gambling laws allowed licences for poker and casino games. As a result, several forms of gambling were introduced to the local citizens by a large number of licensed websites.

Before the year 2000, the most popular sport wagered on was surprisingly, Volleyball. Since the early 1980s, many of the world’s best players participated in Italy’s volleyball league – Superlega. Nowadays, Football (or Calcio to the natives) runs through every Italian’s blood and is by far the most acclaimed sport in the country. Tennis is another sport extremely popular for betting. On the men’s side, no matter if you’re punting for top players like Roger Federer or Rafael Nadal, or Italian players like Fabio Fognini or Andreas Seppi, there is no shortage of tennis gambling markets. Online casinos generated the most revenue in 2016, with €439m, whilst sports betting came in second with a generated €350m.

Owing to a 25% rise in operator revenue the year prior, Italy’s online gambling market is the second largest in Europe. Research shows Italy’s regulated online gambling market revenue amounted to €1.026b in 2016, a massive 25% higher than 2015’s total, thus leaving the Italian market second place only to the UK in terms of revenue generated. France comes next, followed by Spain.

The casino market accounted online revenue of €439m, increasing around 33% every passing year. Sports betting was close with €350m (+31%), while poker was ranked third with €133m (-10%). The rest of the outlets, particularly bingo, lotteries, virtual betting, exchange betting and horse racing, accounted for the remaining €97m in 2016’s total.

Agenzia delle Dogane e dei Monopoli is the licensing body and there are 85 current gambling licensees, with another 120 being issued over the next 12 months on a first come, first serve basis.

The game “Bingo” actually started out as “Beano.” The game originates back to the mid-1500s. “Lo Giuoco del Lotto D’Italia,” or Lottery in Italian, was all the rage. Players had beano cards with numbered squares on them, and all winning numbers were drawn out of a sack.