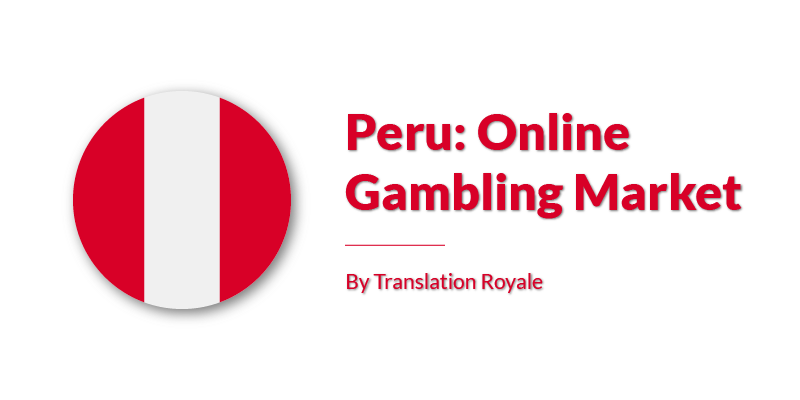 Peru’s gambling industry is an open market that has no minimum quota of licenses the government can grant as per yearly basis. The financial prosperity that the country has maintained for over five years has set the base for the more than 75,000 slot machines and 800 slot parlours in Peru.

Peru’s gambling industry was especially turbulent towards the end of the last millennium. The government debated whether to outlaw gambling altogether or regulate it. Fortunately, they opted for the latter, and currently, the Peruvian government now allows gambling throughout the country.

In South America, only Argentina has more onshore gambling activity than Peru. One of the oldest forms of gambling in the country is on horse racing. The Hipódromo de Monterrico opened its doors in Lima, back in 1960. Both dirt and grass racing take place, ensuring that racing can go ahead in any weather conditions.

Football is the most popular sport in Peru. Its national team ended up finishing at the third place in 2015 Copa América and qualified for Russia 2018 Football World Cup last year as well.

Volleyball is yet another prevalent sport in Peru. Their women’s volleyball team is one of the most successful in the world. Bullfighting and cockfighting were popular sports wagered on in the past, but these days they seem to be filtered out due to other modernized, mainstream sports hitting the shores of Peru.

2016 saw Peru’s estimated gross gaming revenue (GGR) to be over €636 million; the Country’s GGR has been increasing – albeit with a major hiccup in 2015 – since the lackluster period of 2009.

Despite its large gambling community, Peru only has one track for racing horses in the city of Lima which is known as the Hipódromo de Monterrico (Jockey Club). Therefore, all the money annually graduated through horse racing in Peru is done in the Jockey Club.