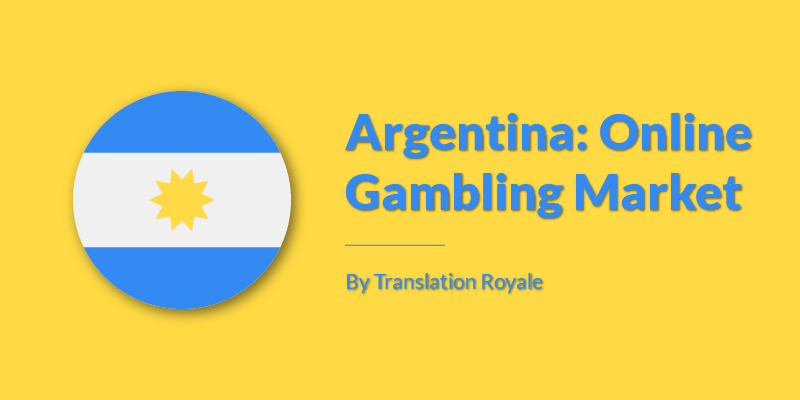 With no federal laws in place to govern casino gambling, the industry is regulated under the individual provinces that make up Argentina. Thankfully for residents, Argentina has been historically “in-favour” of almost all forms of gambling, ranging from horse racing to lotteries and casinos.

A 2016 report published by Clarion Gaming (a gambling research company), titled South America: A Regulatory Overview, reported that Argentina was home to 80 casinos and racetracks back in 2007. Now in 2017, that number has nearly doubled to 159. You can legally gamble on casino games and horse racing in all provinces throughout the country. The general outlook is a really positive one; in fact, Argentina is set to be the gambling capital of South America by 2020.

Home Of The Football Superstars

With the likes of Lionel Messi and Diego Maradona originating from Argentina, it’s with little wonder that the main sport is football. Having won the football World Cup on two occasions (1978 and 1986) and runner-up three times (1930,1990 and 2014), making Argentina one of the most successful football nations in the world.

Another really popular sport in Argentina is rugby union. As of 2017, they are ranking number 9 in the world and many Argentinians flock to their national stadium to cheer on the Los Pumas. Online gambling seems to be taking off in the country, and even the state managed Provincial Institute of Lottery and Casinos of the State Society launched their own online sportsbook called Mision Bet to help them combat offshore websites from taking all of the online markets. Other popular sports wagered on in Argentina are horse racing and hockey.

Argentina was one of the first eight founding members of the International Olympic Committee and participated in the Olympic Games for the first time back in 1900. Since then, the country is one of the most successful South American countries with 21 gold, 25 silver, 28 bronze medals won.