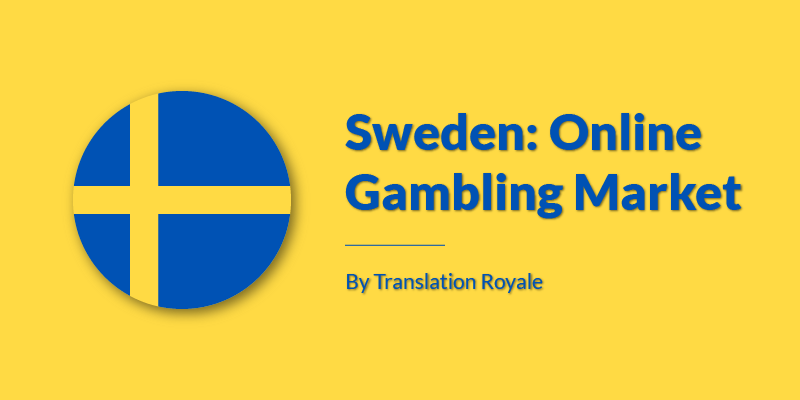 Sweden has had a turbulent, recent history with gambling. The main reason for this is the much-criticized monopoly run by the state. All gambling, including the brick-and-mortar businesses and online sites are run by the Svenska Spel. The only legal and licensed gaming site in Sweden is operated by Svenska Spel, but punters are under no obligation to limit themselves. As in most European countries, there are many companies that aren’t licensed to trade within Sweden, but are fully covered in other reputable jurisdictions, therefore, can argue the fact that Swedish laws violate EU trade agreements.

In Sweden, the most popular sport wagered on is Harness Racing. With 33 different racing tracks across the country, trotting is considered the sport of pleasure in most northern regions of Europe. A betting game called the V75 is the number one game to bet on in Sweden. The bet basically consists of selecting the winner of various races in multiple combinations. You must select at least five winners to win a prize, but if you land 7 out of 7, you have hit the jackpot! Other sports the Swedish like to wager on are football, golf and darts.

The Swedish Gambling Authority is the official gambling licensing body and the only licensee is the Svenska Spel.