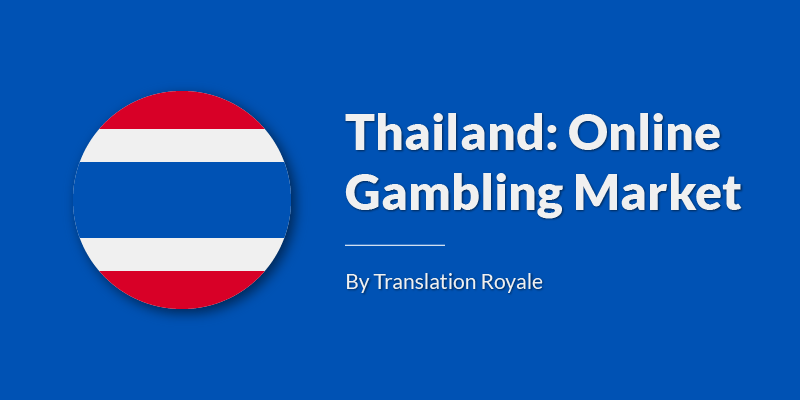 The primary form of legal betting in Thailand is the state-owned national lottery. It started back in 2003, mostly down to the fact there was a large underground lottery system that had been operating and the government felt the best way to eradicate it was to create an officially sanctioned national lottery.

Thailand has very strict gambling laws. While it is legal for Thai players to place wagers on the national lottery and horse racing, all other forms of gambling are illegal. These include casinos, bingo, poker, and sports betting. Despite the ban, there is a massive underground gambling industry in Thailand.

One recent survey suggests as much as 70% of the adult population gambles regularly, generating approximately €5.5 billion in annual revenues.

A Cock And Bull Story

Amazingly, two of the most popular betting “sports” within Thailand are Cock and Bullfighting. It beggars belief that such activities are allowed in this day and age, but both are considered to be part of Thai culture. Thailand has many Cock and Bullfighting stadiums dotted across the country and it is said that each stadium can hold up to 1000 spectators.

When it comes to online betting in the country, whilst most sites are banned through strict government restrictions, residents usually get around the rules by using a Tor browser or VPN and there has been no reported action from the press of anyone being fined for breaking the rules.

It is estimated, that approximately €4 billion to €5 billion was wagered through Bangkok’s 170 illegal gambling dens in 2015, that’s a lot of money wagered in a country where gambling is banned! Moreover, the Thai gambling sector managed to rake in whopping €7.4bn gambling revenue in 2016.

Estimated gambling figures per game in 2016:

The Gambling Act, B.E. 2478 (1935) is the official government law that resides in Thailand. There are currently 46 ministerial regulations that are allowed to operate within the country.

Although there are many legal animal fighting “sports” within Thailand, perhaps the strangest of all is its Siamese fish fighting. Also known as “Bettas”, the fish are extremely territorial and will often fight to the death when two males are placed together. It is thought Siamese fish fighting has been ongoing for over two centuries and even has its own legal gambling license!