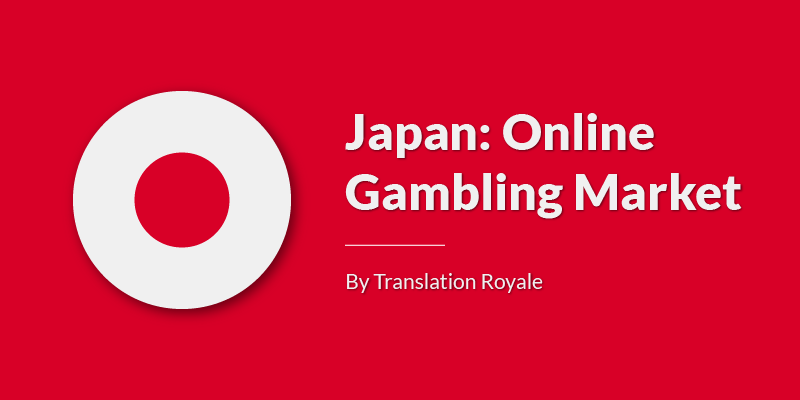 Gambling in Japan was generally banned throughout the country under the Criminal Code Act, but despite this, there are a few exceptions to the ban. Different types of betting such as horse racing, pachinko, lottery and toto (football pools) are accepted by the country as legal forms of gambling. Any casinos that are operating in Japan are currently illegal, but the new law that was passed in 2017 will allow licenses to casinos. Japan is hoping to push this through in time for the 2020 Olympics that is being held in Tokyo.

Japan’s Pachinko industry – a pinball game that allows its players to gamble in a grey market, has over 12,000 parlours nationwide. The industry’s gross revenues are in excess of an incredible €149.41bn a year!

The Japan Racing Association operates all major horse racing in Japan and it is hugely popular, with crowds of well over one hundred thousand routinely turning up for big races. Other forms of gambling in Japan are: The lottery or takarakuji, horse racing, bicycle racing, toto – J-League Soccer Pools, Mahjong (a game similar to domino’s) and boat racing.

It’s little wonder that Japan has pushed through the legalization of land-based casinos earlier in the year, as it’s plain to see, based on the pachinko figures, the Japanese love a good wager.

The Panchiko game accounts for 4% of Japan’s GDP (Global Depositary Receipt), amounting to an incredible €187 billion. With Japan only recently legalising gambling, the industry is expected to witness a 0.2% GDR growth over the next few years. The country’s next most wagered sport after Pachinko is motorboat racing with a revenue generation of roughly €7.5 billion.

There is no single body of legislation that serves as a regulatory framework for the gambling activities within Japan. Instead, gambling and gaming activities, such as Pachinko, are specifically regulated and controlled by different sectors of the government. Japan lacks any centralised gambling authority.

Baseball is the most popular sport in Japan. Known as yakyū, it is said that it was introduced to Japan by the American teacher Horace Wilson. The first game played in the country was back in 1873 at the Tokyo University. In the modern day, Japan has two professional leagues, the Central and Pacific. Baseball is so popular in Japan, even high school games are broadcast on national TV!